Join us for a 3 day Intensive Summer Leadership Institute for experienced, new and aspiring Principals. Hear from nationally-recognized speakers and share in facilitated small groups how you can apply the knowledge in your schools and communities, both virtually and as our schools begin to re-open. Learn how these experts suggest we look at re-imagining schools and learning for the future.

Our summer programs provide opportunities for principals and aspiring principals to meet in a stimulating and supportive setting to examine crucial school reform topics applicable to their work.

Each program is designed to provoke and ultimately foster a life commitment to the calling of teaching and learning. These events are designed to provide participants opportunities to focus their resolve for better practice and improve leadership skills. The programs offer practitioners invaluable days of study reflection and discourse with experts and school leaders who represent the best throughout the educational spectrum.

An outstanding faculty has been assembled for each program. Moreover, participants will represent diverse education settings from throughout the state and are practitioners who have much to share and much to gain. Formal and informal learning activities deepen exchange and learning around the leadership challenges confronting today’s school leaders. These interactions will enable participants to extend their learning and their support network far beyond the boundaries of these programs. 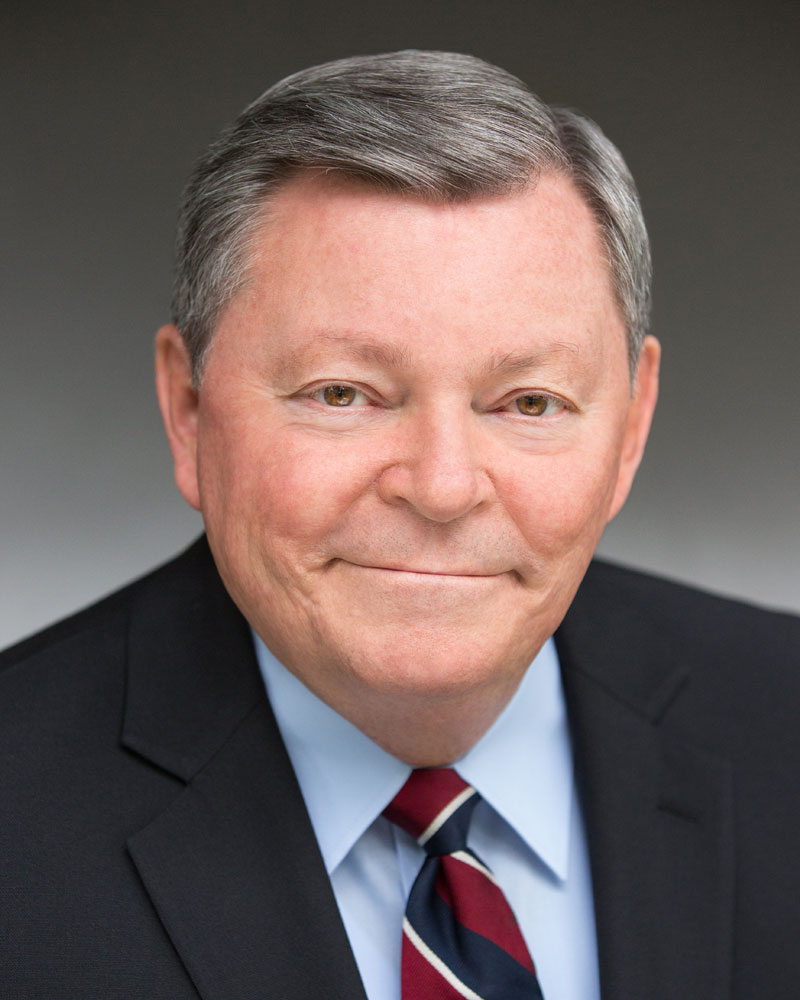 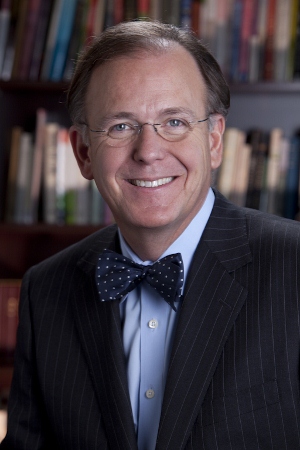 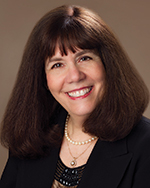 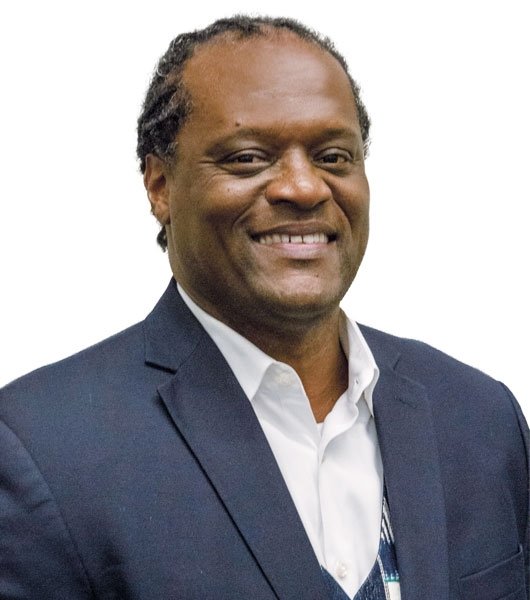 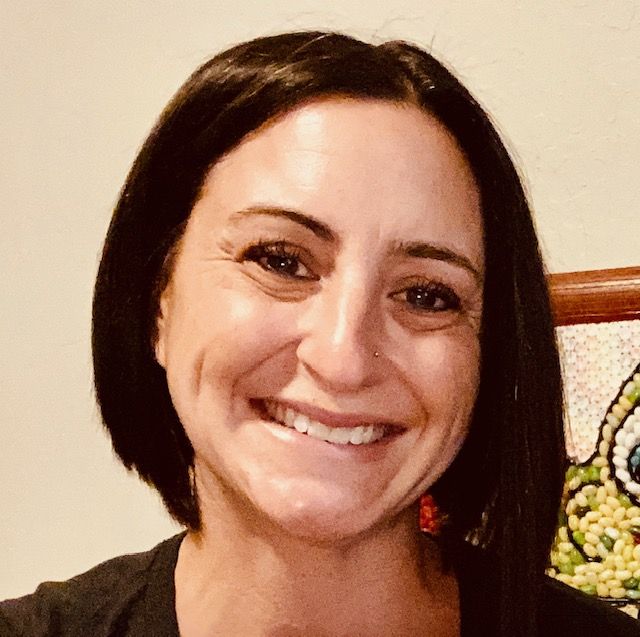 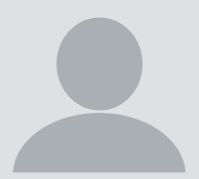 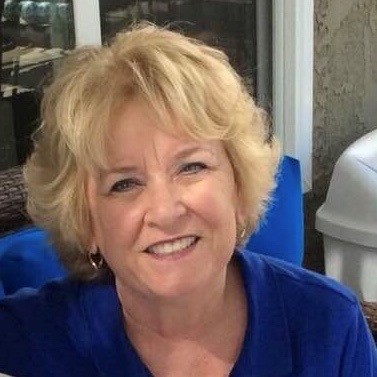 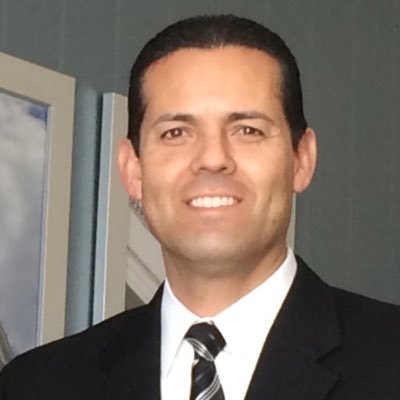 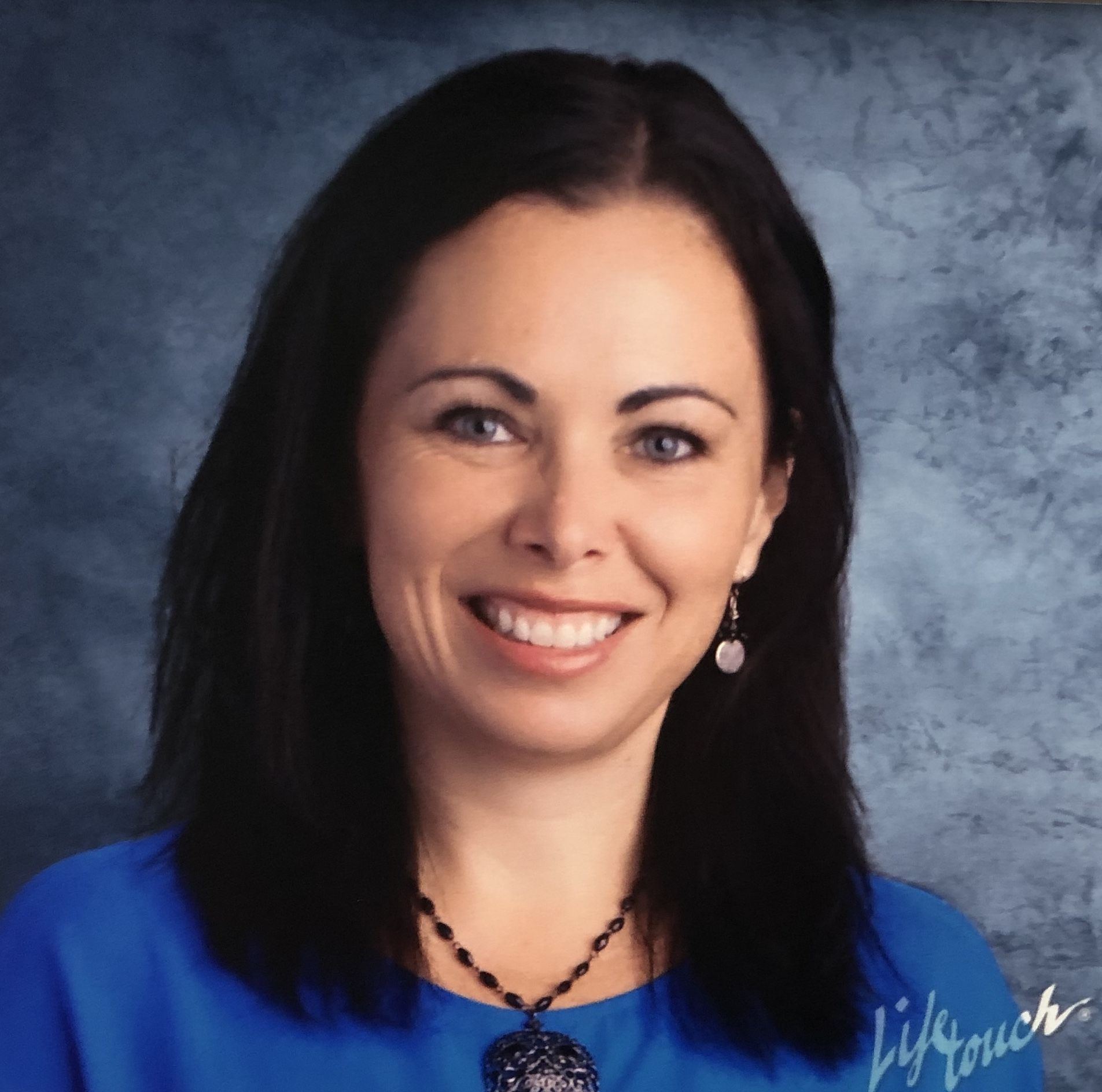 Learn why you should attend

It was Aug. 20, 1986, my first day on the job as a new principal, when my superintendent handed me a piece of paper to sign. “You need to join ACSA,” he said. “ACSA will protect you, provide for you and personally connect you.”

That signature turned out to be the best decision I made in my professional career. These past 30 years, I’ve had the privilege of serving in a number of leadership roles with ACSA and have loved them all. Without a doubt, the most impactful, both personally and professionally, was the privilege of serving as a team leader for ACSA’s summer programs for principals at UCLA.

My superintendent, George Bloch, a strong ACSA supporter asked me to attend the first ACSA/Harvard principals institute in the summer of 1992. I was very reluctant to give up two of the only four weeks I had off during the summer. However, how does one say, no to their superintendent, especially one who encouraged my growth as a learning leader the way he did.

As I drove to UCLA that summer, I was questioning whether or not I had made a mistake in even choosing to go into administration. My school was a low performing Title 1 school with the highest EL population in the district. Recently reopened after having been closed for a number of years, we were fraught with every challenge imaginable.

Just prior to leaving, I had read the required reading and was particularly intrigued with an article by Roland Barth from Harvard University titled, “My Vision of a Good School.” ACSA sponsored a beautiful welcoming reception that Sunday afternoon on the patio overlooking Los Angeles and all of UCLA.

I was sitting on a concrete retaining wall taking it all in when a nice looking tanned gentleman wearing shorts and Birkenstock sandals sat next to me. He asked about my school, my students, my family, and after several minutes into the conversation he said, “Oh by the way, I apologize for not introducing myself. I’m Roland Barth.”

As he held out his hand, I thought, “Oh my gosh, ... ROLAND BARTH?! WOW!” And for the next two weeks, I felt like a vessel that was continually filled and constantly overflowing.

As I drove home from UCLA, I knew without a doubt I had been the beneficiary of a life-changing experience. Thanks to Roland Barth’s lecture on the characteristics of learning leaders, Lorraine Monroe’s challenge that poverty was not an excuse, and the support of 10 teammates who pledged to hold me accountable for writing in my journal for the next year, I was inspired, motivated and equipped.

And just one year later, my staff traveled to the Disneyland Hotel to accept the award as a California Distinguished School. We were all on fire with a growth mindset and an ignited passion that was unquenchable. I attribute that honor to my summer at ACSA’s Principals Institute. I returned to UCLA the following year as an alumna, and for the next 21 years it was my privilege to participate as a team leader.

Last month, 24 years later, retired New and Aspiring team leaders gathered in San Luis Obispo for a reunion. We rented a seven-bedroom house out in the country with no internet connection. We spent the entire weekend reminiscing about what ACSA has meant to us both personally and professionally and how the privilege of being team leaders for ACSA’s summer programs shaped our lives, transformed our leadership and significantly impacted our schools and districts.

In summary, I have indeed been blessed to be a part of a professional organization like ACSA and to experience working with leaders that I so highly respect. It gave all of us as team leaders the opportunity to serve ACSA on a bigger level.

Participants in the Institute for New and Aspiring Principals each summer often refer to it as “Principal’s Boot Camp.” Little did they know that after they went to bed around midnight exhausted, but exhilarated, their team leaders assembled to debrief their day and plan for their tomorrow.

It’s difficult to put into words the exhilaration the team leaders had in serving ACSA and in our passion to make a difference. When you can marry your vocation with your avocation – to do what you love and love what you do – you have truly been blessed. 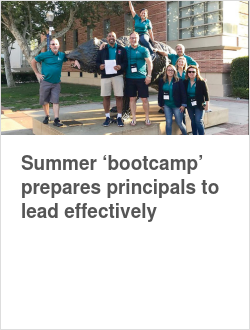 “It was not only transformative, it provided us with the importance of balance. It created a community of leaders outside my own school district – it was kind of the brotherhood and sisterhood of leadership. Those relationships have been lifelong. Even today, when I’m coaching, I draw from my experiences.” –Leslie Anderson

“It changed as the world and education changed. The format allowed itself to grow, and we were equipped with the skills to be forefront leaders – those who led the change. The relationships participants built carried on and set people up into networks of professionals they could call, cry to – and marry.

“The accessibility of the presenters was so valuable. They would come sit among us and treat us like colleagues. Someone from ACSA designed it, but we had the fall meetings and the spring meetings, which really gave the whole team buy-in, and a sense of ownership. It was ‘ours.’” –Michael Bossi

“It was like taking a drink from a fire hose because we got so much out of it. When we got to UCLA, we were kind of dragging and depleted from a long busy year. We got what we needed to inform and inspire our work in the coming year. I loved to see people in group sessions walk out and be ignited with inspiration.

“When my husband, Jon Cohee, who was also an original team leader, died suddenly in 2006, team leaders flew in from all over the state to attend his memorial service. That’s the kind of friendship we share, thanks to ACSA.” –Fran Cohee-Chandler

“I learned to take risks and conquer fears. I’ll never forget the support of my team when I was high on that pole during the Outward Bound experience. The timing for me was at the start of a brand new school year, and as a participant, I went to UCLA after finishing one hell of a year – I was drained and exhausted. It was refreshing and renewing, and my battery was recharged. I could be around other colleagues who helped me grow.

“It was a renewal retreat, where I could pick up new ideas that helped me that whole school year.” –Ruperto Cisneros

“Our work at UCLA is the quintessential illustration of lifelong learning. At the same time, we facilitate leadership development and we expand our understanding together. It is always so impressive to watch the multiple ways learning leaders build their leadership capacity to meet the needs of students, parents, teachers and the community they serve.

“For me, ACSA and the ACSA summer colloquium have been the most significant professional development I received throughout a lifetime in public education. The programs are timely, focused, participant centered, relevant to current needs and fun! The creation of deep friendships is just a bonus!” –Jim Dilday

“You share things with others that you couldn’t share at your school site. The camaraderie and the validation you receive were transformative. You could always count on each other anywhere, anytime.

“We made a difference, so they could go back to their schools and make a difference. And for us...we became lifelong friends. The support I have received from my ACSA friends … I just don’t have words to describe what it has meant.” –Gabe Escalera

“Being a team leader since 1998 has impacted my life professionally and personally. Each summer mentoring new leaders is a gift that also inspires me to go back and touch the lives of others as these new leaders have touched me.

“Being a team leader each year has trained me to be a better leader, mentor and coach – a better person. I can’t imagine what my life would be like without these yearly encounters.” –Susan Mills

“I could be open about my beliefs and actions, and I felt I no longer had to keep those under my hat. I was a different and better leader because of ACSA and my experience at UCLA.” –Sidney Morrison