The Every Child Counts Symposium is designed for both beginning and veteran educational leaders and focuses on the latest in the field of student services and special education. 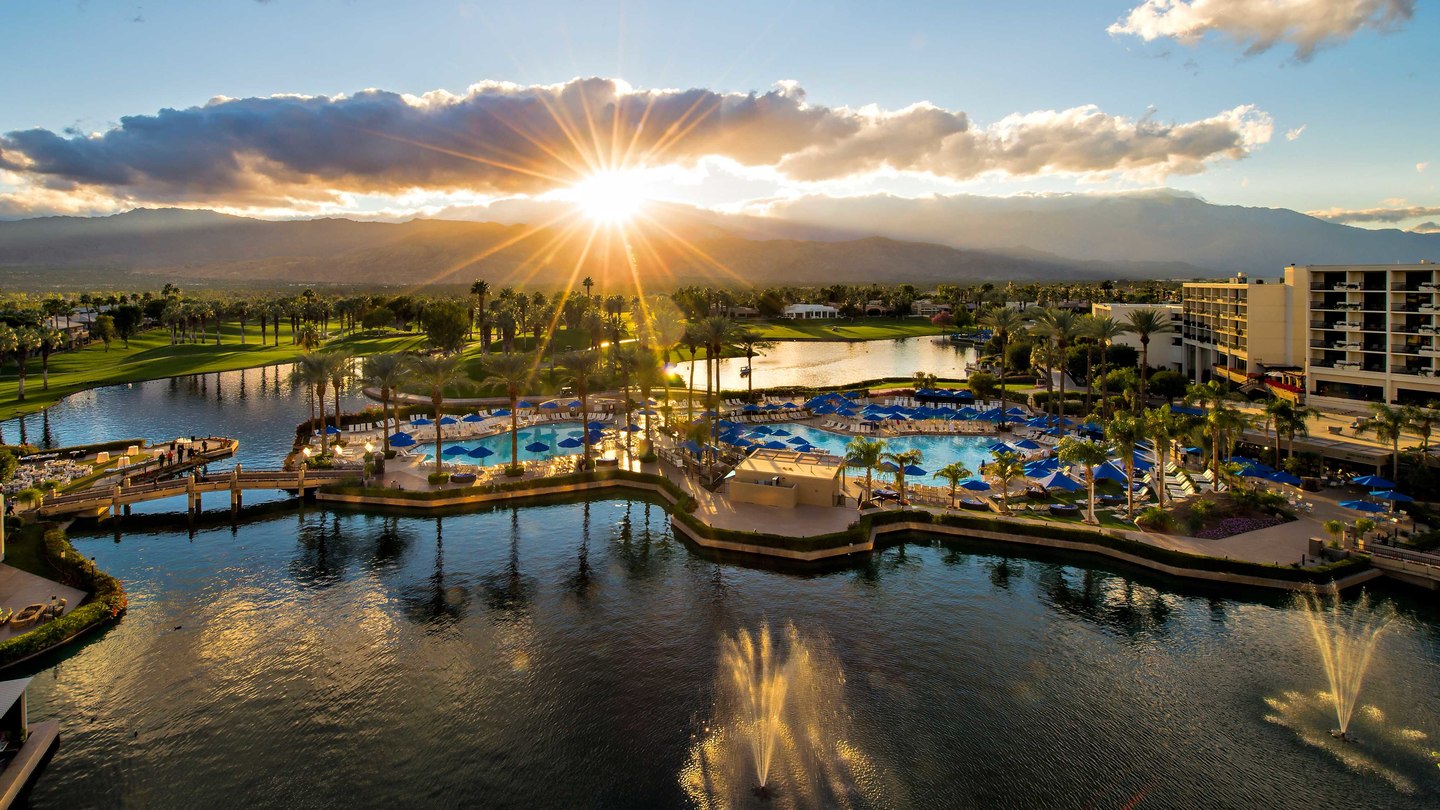 JW Marriott Desert Springs Resort & Spa’s luxury hotel showcases sophisticated accommodations and an incomparable location in the Coachella Valley. The hotel near Palm Springs has it all, including an active lobby complete with gondolas and meandering waterways, six restaurants serving everything from fresh sushi to locally sourced culinary delights, two championship golf courses, as well as a flamingo island and spacious guest rooms. They offer 234,896 Square feet of exquisite indoor and outdoor space.

After an exhilarating day at our conference, you may recharge at Spa Desert Springs, or soak up the sun at any of the four pools with gorgeous views of the nearby mountains. Adding to your options are an onsite fitness center, extensive tennis center and volleyball courts, and a nearby jogging path. JW Marriott Desert Springs Resort & Spa also features 210,000 square feet of dazzling event space perfect for our Every Child Counts Symposium. 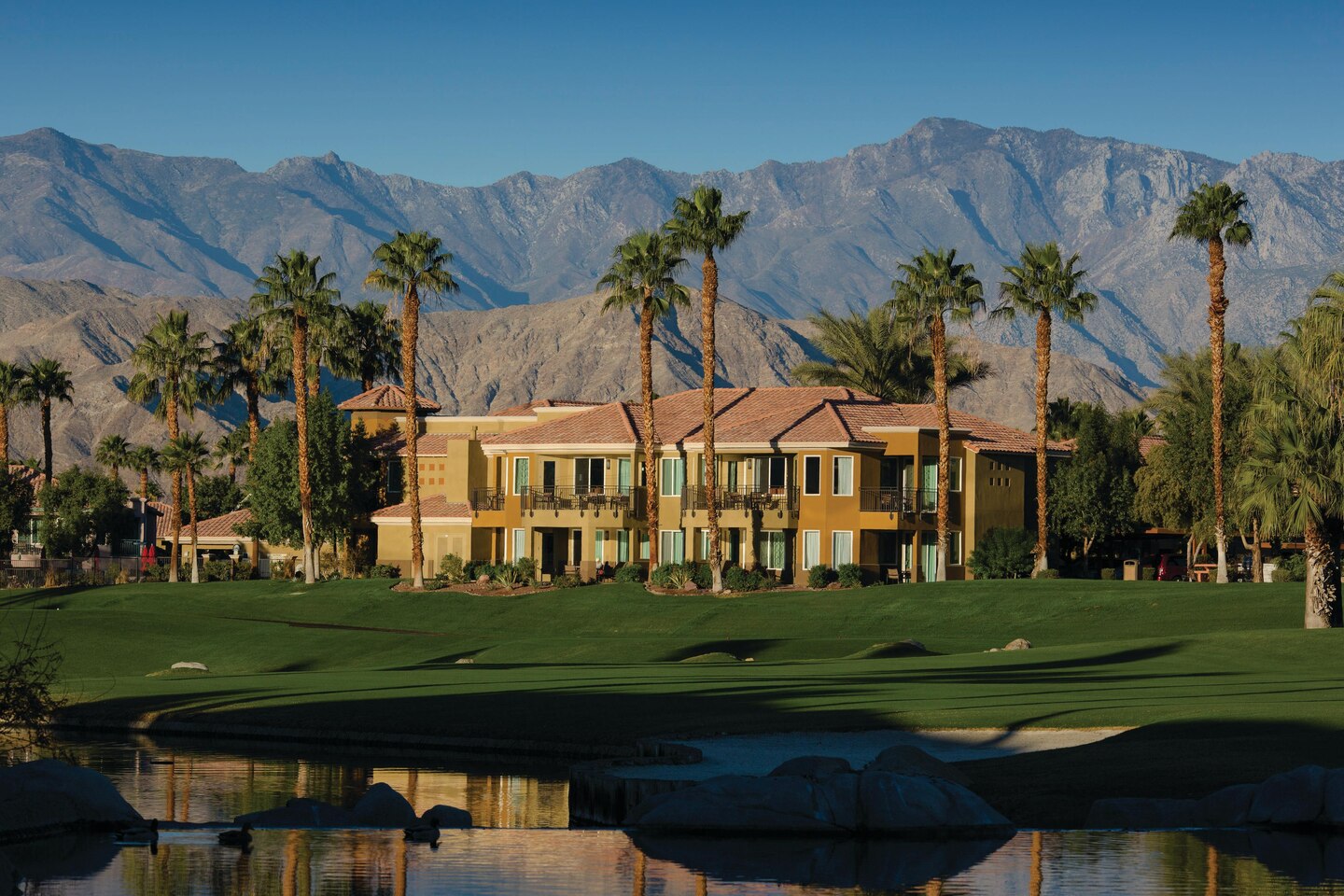 With award-winning service and an exceptional location Marriott's Desert Springs Villas II is a perfect place to stay. Stretch out in one of the 402 intuitively designed guest rooms with an assortment of amenities. Each of the villas is equipped with a range of amenities, designed to make your stay in Palm Desert, CA as comfortable and enjoyable as possible! 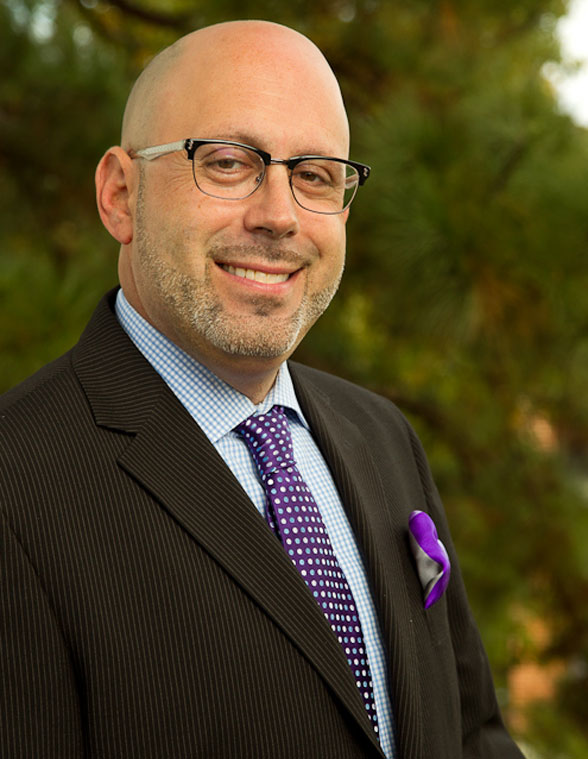 Dr. Derek Greenfield is a visionary speaker, consultant, and thought leader dedicated to inclusive excellence and positive change. With his dynamic and interactive approach, creative ideas, track record of success, and sense of humor, Dr. Greenfield has become a highly requested presenter across the globe. His powerful keynotes and workshops on issues such as diversity and inclusion, motivation, team building, student development, innovative pedagogy, and hip-hop culture have been featured at a wide range of conferences, companies, and colleges, including McDonald’s Corporation, NCAA, International Conference on Cultural Diversity, Hilton Hotels, Massachusetts Institute of Technology, University of Texas-Austin, University of Michigan Athletics, National Black Student Leadership Development Conference, National Dropout Prevention Conference, Progress Energy, and the NBA’s Milwaukee Bucks. With his breadth of knowledge and experience, Dr. Greenfield has been a consultant for numerous organizations and appeared on dozens of media outlets from Hot 97 Radio to ESPN.

Prior to his full-time speaking career, Dr. Greenfield spent over 20 years as a dedicated and talented college professor and administrator. He most recently served in the chief diversity officer role at Alcorn State University in Lorman, MS. Under his leadership, Alcorn became the only HBCU and only school in Mississippi to receive the prestigious Higher Education Excellence in Diversity Award twice from Insight Into Diversity magazine and was named the “leader” among HBCUs for diversity in a Huffington Post feature article.

As a testament to his commitment to student achievement, Dr. Greenfield has been included five times on the list of Who’s Who Among America’s Teachers, received honors as faculty of the year in previous positions at Saint Augustine’s University and Shaw University, and was recognized as faculty member of the year by the Student Government Association during his first year at Alcorn. His course “Hip-Hop and American Society” has been spotlighted twice in Source magazine as representing the first college course in the nation exclusively devoted to exploring hip-hop culture. In addition to publishing a lengthy list of academic articles, Dr. Greenfield is the author of the widely acclaimed motivational book The Answer is in Your Hands and co-editor of the academic book Exploring Issues of Diversity Within HBCUs. Before beginning his full-time career in academia, Dr. Greenfield spent seven years as an award-winning youth worker in inner-city Chicago.

He earned bachelor’s and master’s degrees in Sociology from Northwestern University as well as two doctoral degrees — a PhD from the University of Washington and an EdD from Cape Peninsula University of Technology in South Africa.

Dr. Greenfield’s work has led him to receive numerous awards and citations, including a prestigious position as a Kellogg Fellow. Reflecting his passion for supporting social justice initiatives, Dr. Greenfield serves on the Board of Directors for three non-profit organizations and continues to engage in youth development efforts in the townships of South Africa. He was a Co-Founder of the Higher Education Leadership Foundation, which endeavors to build leadership capacities among aspiring college administrators. Dr. Greenfield is also proud member of Kappa Alpha Psi Fraternity, Inc. 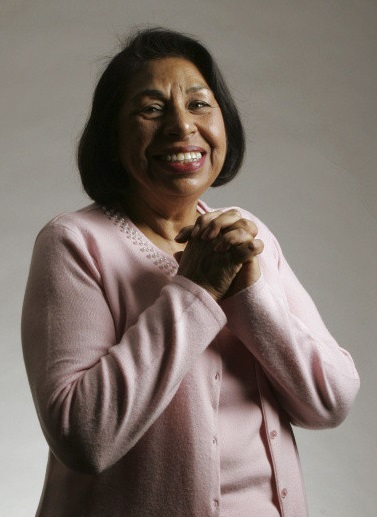 In 2018, the Berkeley Unified School District voted unanimously to accept the recommendation of the Naming Advisory Committe and change the name of our school from LeConte Elementary to Sylvia Mendez Elementary School. However, many do not know the story of Sylvia Mendez, her family, and all of those who fought to end segregation in education in California.

Sylvia Mendez was born in Santa Ana, California in 1936. As a young child, Ms. Mendez was the child at the center of the landmark 1947 case, Mendez vs. Westminster, in which her parents and neighbors fought against segregated education for children of Mexican descent in southern California, a case that banned segregation in California public schools and paved the way for the national ban on segregated schools in Brown vs. Board of Education seven years later.

After retiring from a career as a pediatric nurse, Ms. Mendez devoted her life to telling the story of her family and the legacy of the case, and in 2011 she received the Presidential Medal of Freedom from President Obama for her advocacy for educational opportunity for “children of all backgrounds and all walks of life.” 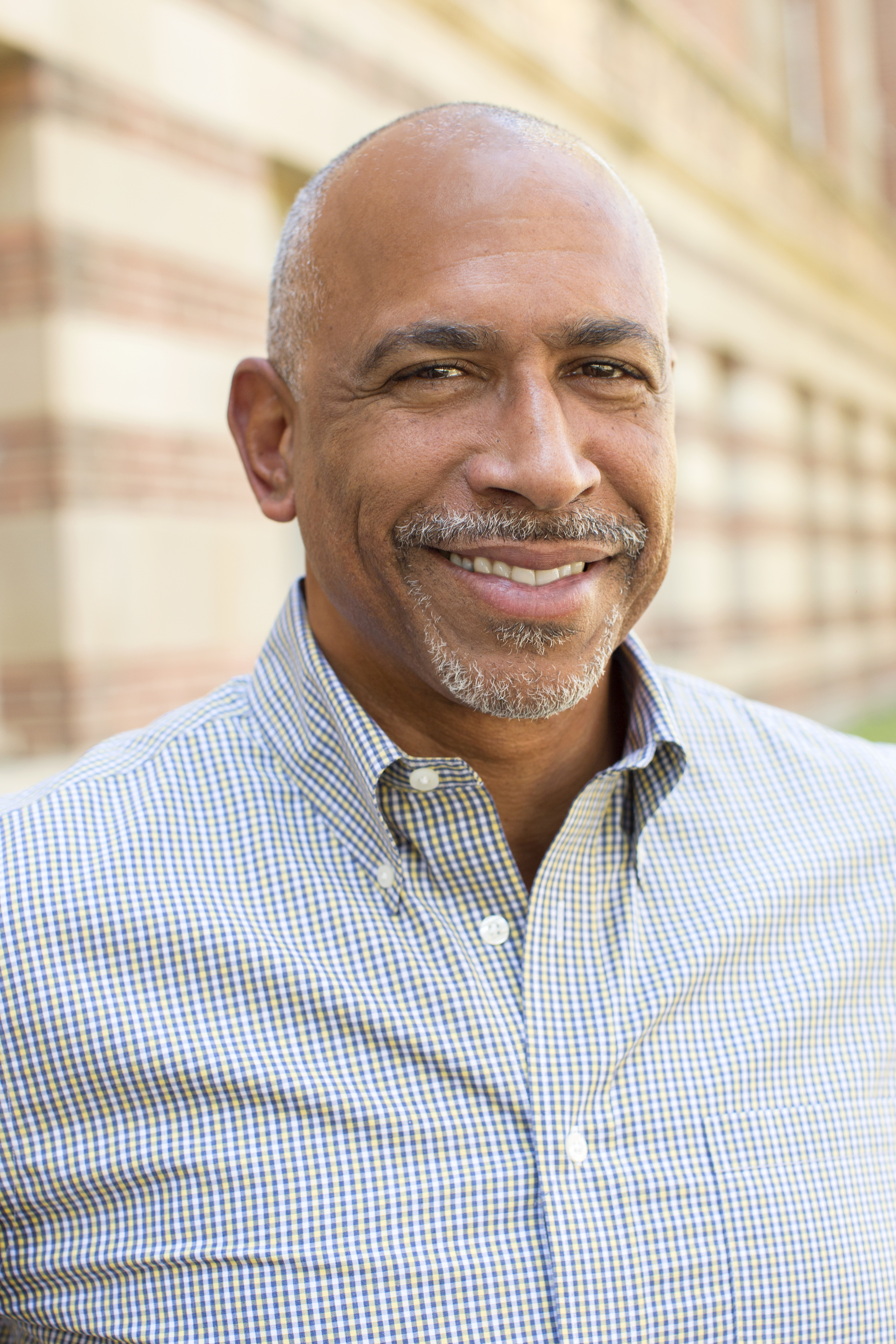 Pedro A. Noguera is the Distinguished Professor of Education at the Graduate School of Education and Information Studies and Faculty Director for the Center for the Transformation of Schools at UCLA. He is a sociologist whose scholarship and research focuses on the ways in which schools are influenced by social and economic conditions as well as by demographic trends in local, regional and global contexts. Dr. Noguera serves on the boards of numerous national and local organizations and appears as a regular commentator on educational issues on CNN, MSNBC, National Public Radio and other national news outlets. Prior to joining the faculty at UCLA, he served as the Peter L. Agnew Professor of Education at New York University and the Executive Director of the Metropolitan Center for Research on Equity and the Transformation of Schools (2003 – 2015), the Judith K. Dimon Professor of Communities and Schools at the Harvard Graduate School of Education (2000 – 2003), and a professor at the University of California, Berkeley where he was also the Director of the Institute for the Study of Social Change (1990 – 2000). From 2009 – 2012 he served as a Trustee for the State University of New York (SUNY) as an appointee of the Governor. In 2014 he was elected to the National Academy of Education. Noguera recently received awards from the Center for the Advanced Study of the Behavioral Sciences, the National Association of Secondary Principals, and the McSilver Institute at NYU for his research and advocacy efforts aimed at fighting poverty.

Dr. Noguera has published over 200 research articles, monographs and research reports on topics such as urban school reform, conditions that promote student achievement, the role of education in community development, youth violence, and race and ethnic relations in American society. His work has appeared in multiple major research journals. Dr. Noguera is the author of several books including: City Schools and the American Dream (Teachers College Press, 2003), Unfinished Business: Closing the Achievement Gap in Our Nation’s Schools (Josey Bass, 2006), The Trouble With Black Boys…and Other Reflections on Race, Equity and the Future of Public Education (Wiley and Sons, 2008), and Creating the Opportunity to Learn: Moving from Research to Practice to Close the Achievement Gap with A. Wade Boykin (ASCD, 2011). His most recent books are Excellence Through Equity (Corwin, 2015) with Alan Blankstein and Race, Equity and Education: The Pursuit of Equality in Education 60 Years After Brown (ASCD, 2015) with Jill Pierce and Roey Ahram.

The Every Child Counts Symposium is designed for both beginning and veteran educational leaders and focuses on the latest in the field of student services and special education. Attendees: 1,600

Program and App Recognition
Logo displayed on stage and throughout event

Additional ways to increase your exposure at the Symposium: